It's no secret at Benchmark we're proud of our Sheffield heritage. Anyone from Sheffield knows there's a buzz and a pride about belonging to this city - it's everything from the smallest of colloquialisms to the cultural scene, which makes Sheffield a unique place to live and work.

We love the big things and the little things which make Sheffield different and unique from every other city in Britain and every other city in the world.
Here we take a step back and shout about how proud we are of a city that is rich in history and thriving with innovation and culture. A city where 7.2% of all employed people are employed in creative industries - 3.2% more than the country average.
A city renowned for its gifts to the British (and worldwide) music scene, where the likes of Def Leppard, Pulp and The Arctic Monkeys cut their teeth and the country's indie pop music continues to reach its peak.
A city with Leadmill - frequently voted NME's best live music and performance venue. The Crucible and the Snooker World Championships. The Peace Gardens and the Botanical Gardens.
Whilst we have very talented and skilled celebrities who have heralded from our city, including Sean Bean and Jessica Ennis, it's the everyday people who show their loyalty to our industries that makes us proud of Sheffield.
Proud industries. Established trades. Home-grown products which carry the torch of Sheffield forward.
It's these trades, these jobs and these industries which we're truly proud of and thankful to say are Sheffield born and bred. Have a glance through just a few of the jobs, in just a few of the trades, that only us in Sheffield could and would ever do. 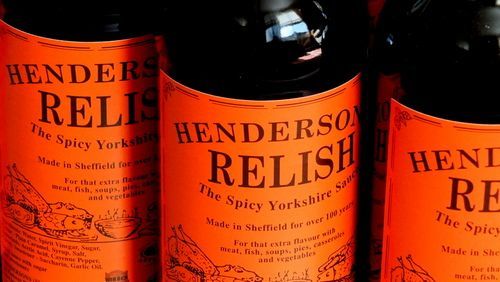 It was always going to be first!

Hendos is a staple of Sheffield, with the only factory here and has become ingrained with our culture. If anything, it's an institution in and around the Yorkshire area. First created by Henry Henderson in the late 1900s, there's a surprising number of facts about Hendos you could always brush up on to keep your Sheffield heart beating proud! So, it seems fitting that this is out first job you would only find in Sheffield - Henderson's Relish Production Operative.

Hallam FC's Sandygate Road ground is the oldest football ground in the world and home to Hallam FC - the world's second oldest football club, second only to Sheffield F.C. who play in Dronfield.
At Sandygate Road, there are a whole host of grounds staff who provide the match day food, drinks and half-time activities. In particular, our understanding is that a lady called 'Ann' who has volunteered at the club since she was a child and at the refined age of 68 still makes pies to be sold on match day. We salute Ann in her role as Ground Staff at the Oldest Football Ground in the World. 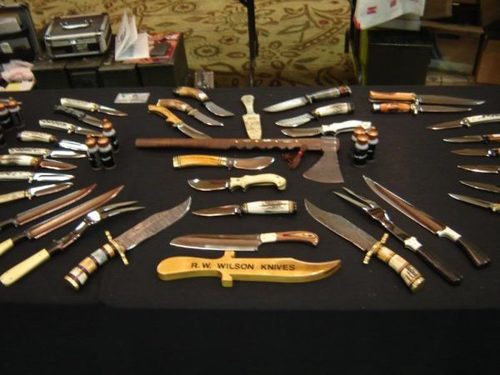 'Smithing' is a real art form steeped in Sheffield engineering history - the term refers to a straightening process of the blade done by a smithing hammer and is carried out by a 'Smither'
Sheffield's Tinsley Bridge Group who are renowned for their Tyzack Machine Knives, prove that Sheffield's roots still hold firm in today's industry as they still employ one qualified and one trainee Smither. 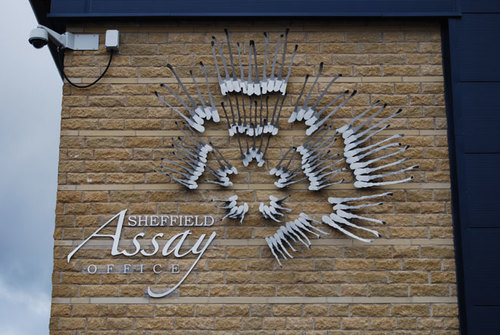 The Assay Master of Sheffield is well known for his skills in assessing and testing precious metal industries, including goldsmiths and silversmiths and hallmarking expensive jewellery.
The first Assay Master was appointed in 1773 and the current Master today - Ashley Carson - has the distinction of being the youngest ever Assay Master to be appointed. Under Ashley's leadership, the Sheffield Assay Office has grown rapidly and its market share in hallmarking has risen dramatically. He has also been responsible for broadening the scope of the Assay Office work, having identified the opportunities for growth in analytical services.

Sheffield is home to the Company of Cutlers in Hallamshire Formed in 1624 by Act of Parliament to ensure the quality of cutlery coming from this Region, it has evolved with time and its role is now to promote and support manufacturing in the Sheffield City Region. It operates out of the Cutler's Hall on Church Street with a façade which could be mistaken for a bank, but behind those stainless steel doors lies something akin to a Tardis with magnificent rooms stretching almost al the way to Fargate.
The Company of Cutlers has some 359 Freemen all of whom are senior Managers, Directors, or owners of manufacturing companies when they are granted "Freedom of the Company."
The voice of the Company is the Master Cutler who can wield influence both Regionally and Nationally. The current Master Cutler is Craig Mckay and, whilst he remains involved in the long-standing charitable associations of the Cutlers including the Master Cutler's Challenge, he is a powerful political ambassador and has worked diligently to promote and support manufacturing in the Sheffield region.

We've listed here just some of the jobs and industries unique to Sheffield and it's people. There are so many more and so much more culture we're proud to be apart of and continue to help nourish and promote.
Sheffield is and remains very healthy and proactive hub of employment. Opportunities across a whole host of industries are always cropping up for the active worker. We specialise in modern sectors, such as IT, Digital Marketing and Sales and if these sectors apply to you, why not take a look at our current listing of vacancies which is always updating with opportunistic positions.
Whether your desired career path is in a new or progressive sector or whether you're very much apart of the tradition of Sheffield's industries, we're confident you'll find a career to suit you within the rich society and cultural history of Sheffield.
What Sheffield specific jobs do you know of that we should be proud to shout about? We're really interested to hear of any and all Sheffield specificj obs and encourage everyone to be apart of the conversation. Drop us a quick message on twitter - @BenchmarkRec and let us know. If we get enough responses we'll llook to highlight them on the site.