Ask people from outside of the city what they know about Sheffield and they will describe it as 'The Steel City', home to the 90's film The Full Monty and actor Sean Bean, to name a few! To us at Benchmark Sheffield's our home, and so much more than the headlines it is known for.

We live and breathe the lifestyle here and on a daily basis promote to job seekers benefits of living and working in the city. If you are already lucky enough to live here you will know how great it is, but if you're out of area and considering a move, here are 10 reasons we think Sheffield would turn your head.

Sheffield may be a city but is often described as a 'village' by people who live here; this is largely due to the community feel. 'Six degrees of separation' sums up Sheffield perfectly; your networks overlay whether it's socially or through business and you are never too far away from someone you know. The good news is that if you are new to the city and don't know anyone, the friendly folk of Sheffield always make you feel welcome.

There are 13 city parks, 20 district parks and 50 local parks across Sheffield, and there are over two millions trees in the city (estimated); that's more than four trees per person. We don't like to brag in The Steel City but we're know as 'The Greenest City in the UK' and we have more trees per person than any other city in Europe. Sheffield is also know as 'The Outdoor City'; Sheffield is a gateway to many outdoor activities with run and bike routes and climbing hot spots all over the city. So if you ever find yourself in Sheffield wanting to take a walk in the park then you will be spoilt for choice. 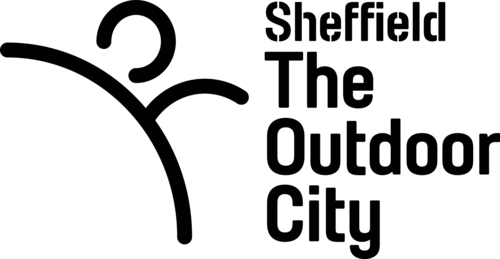 3. Sing us a tune, write us a book and paint us a picture (The Culture)

From the Arctic Monkeys, to Toddla T, Sheffield has born many famous musicians belonging to different genres. Sheffielders are also massive fans of music, there are numerous venues across the city where you can go and watch live bands: The Leadmill, Plug, City Hall and the O2 Academy are some of the highlights you can check out.
Sheffield has the largest theatre complex outside of London and the cultural reputation has shown that 7.2% of the Sheffield population are employed within the creative industry (that's 3.2% above the national average)
When it comes to the big screen Sheffield is home to the BAFTA award winner 'The Fully Monty' it also features in the films 'Four Lions', 'Dead Mans Shoes' and Shane Meadows series 'this is England'. Oh and we can't forget the many famous faces associated with our fair city: Sean Bean (AKA Ned Stark if you're a Game of Thrones fan), Olympian Jessica Ennis and Jarvis Cocker, Michael Palin of Monty Python fame and Steve Peat have all been or still are, residents of Sheffield. To keep up to date with the culture in Sheffield we have lifestyle magazine Exposed. This is an exclusive Sheffield publication focused on the cultural and entertainment happenings in the city.

You're never short of something to do in Sheffield no matter the weather or your mood. Nice day in Sheffield? You have the choice of 83 parks in and around the city, or you could take a visit to the butterfly house in North Anston and see how the meerkats are enjoying the sun, or if you're wanting closer to home visit Whirlow Hall Farm or Graves Park.
If the weather isn't looking that great in 'Sunny Sheffield' then there are always the 24 museums to pop in to. Whether you want to look up your art, history or music knowledge take a trip to Western Park Museum, or learn more about the history of the emergency services at 'National Emergency Services Museum'.
If that doesn't tickle your fancy then how about tying out The Great Escape, Sheffield's number one escape room, or a trip to Kelham Island (which was name one of the 10 coolest places to visit in Britain)

"Oreyt Duck, our accent is reyt good". Sheffielders are not only distinguished by their accent but the Sheffield dialect which is widely used in our city. It's the one place where calling someone "Duck" is a stranger whose name you don't know. One thing we do advise is never ask a Sheffielder what they call a bread roll, because, come on, we all know it's a bread cake!

6. Dates for your Diary

We have told you all the day-to-day things you can do in Sheffield, but let's not forget the month/annual events that happen in the city:
Peddler Night Market
The Peddler Night Market is held the first weekend of every month in Kelham Island. At the Peddler you get to sample a local culinary and beverage delights; your taste buds will be going wild for the home brew cider and you can sink your teeth into so many tasty treats. 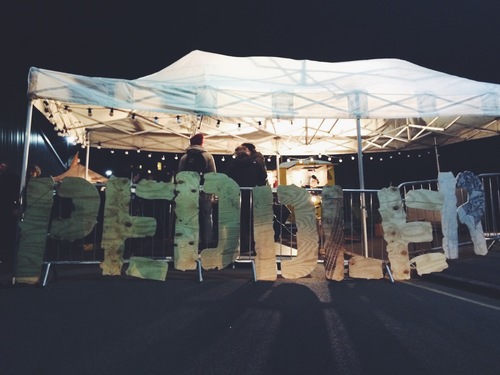 Sheffield Food Festival
Talking of food and drink, we can't forget the Sheffield Food Festival which is in the city centre every year. It's an event that celebrates all of the local foods from all across Sheffield coming together to create insane smells up and down Fargate (the local shopping parade).
Magners Grim Up North
This Sheffield based comedy festival is a month long festival held over October, it is now actually one of the largest comedy festivals in the whole of England.
The Sheffield International Documentary Festival or Doc/Fest
Doc/Fest has been going since 1994 and is the biggest documentary festival within England and the 3rd biggest in the world. Doc/Fest is held in The Showroom Workstation (where BM HQ is based) and over 20 other venues across Sheffield, it runs over five days in the summer and is a celebration of the art of business of documentary story telling.
Tramlines
It's one of the biggest festivals of all in Sheffield spreading across the whole city from Hillsborough Park to City Centre, Tramlines brings not only big artists like Kelis, Catfish and the Bottlemen but also local talent, such as The Everly Pregnant Brothers, in a celebration of national and local music.

7 hills is what Rome was built on, 7 hills is what Sheffield has, see where we're going with this? They might seem like a curse for someone who isn't used to walking up hills, especially where there is  one every few miles between each other, but in reality you won't get a better work out than walking up a Sheffield hill (especially Jenkin Hill). Aside from the exercise they provide the best views of Sheffield, so if you're up for the walk you will certainly be rewarded with an amazing sight.

"The Spicy Yorkshire Sauce", "Hendos", "The Black Stuff", "Relish" - no matter what you call it if you live in Sheffield it's guaranteed Hendersons will be your go to condiment. Whether it's fish and chips or cheese on toast, Hendersons compliments every meal perfectly. Hendersons was originally made on 35 Broad Lane in Sheffield, so if you fancy taking a look at the original factory head towards the University roundabout abd you will no doubt see that little orange sign waiting to greet you. 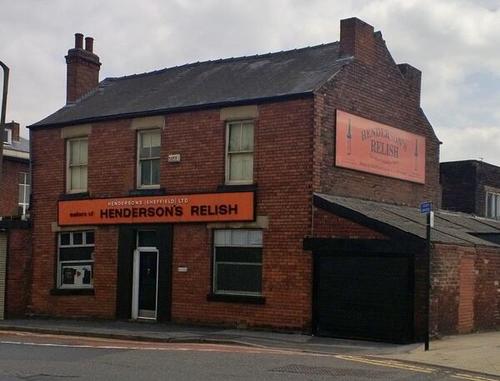 Steelers, Sharks, Blades, Owls, Tigers, Eagles might just seem like a bunch of random words but to Sheffield folk it's a collection of the best sports teams in the world.
Sheffield Steelers
The Steelers is the ice hockey tam you will often find at the Sheffield Fly DSA Arena entertaining the hockey fans in The Steel City.
Sheffield Sharks
The Basketball team. They are located in the EIS (English Institute of Sport) taking part in the British Basketball League.
The Blades
Sheffield United are also know as the Blades and are one of the football teams in Sheffield - their ground can be found on Bramall Lane (it's hard to miss, it's big and red).
The Owls
Local rivals to the Blades are the Owls, or officially known as Sheffield Wednesday. The name Sheffield Wednesday actually originates from The Wednesday Cricket Club (don't worry we know cricket and football are different sports!) was created in 1867 when the cricket club discussed what they would do to keep warm through the winter months, and that's when the Wednesday club was born, and was then later changed to 'Sheffield Wednesday'.
The Tigers
The Tigers are the speedway team in Sheffield. They currently compete in the British SGB Championships. You will find them based at The Owlerton Stadium - or 'The Dogs' if your asking someone local!
The Eagles
Last but not least we have The Eagles, they are Sheffield's rugby club and in the Kingstone Press Championships. Although the club's home is Sheffield they play just down the road at the Belle Vue in Wakefield
Sports and more sports
We have the Sheffield Half Marathon, The Round Sheffield Run, Peaty's Steel City Downhill Mountain Bike Race all within Sheffield. Let's not forget the snooker championship which has been housed at The Crucible for 40 years.

The last but not least in our 10 great things about Sheffield are the career prospects in the city. Yorkshire cities are amongst the top locations to be on the job hunt right now. Sheffield's number of jobs has increased by 42.5% over the last year and as it stands Sheffield is the 2nd top UK city to be searching for a job. So what more do you need from a city?! If we've turned your head and you want to pursue a career within Sheffield get in touch with us.
We would love to hear the reasons why you love Sheffield so get in touch with us. Drop us an email to tell us why you love this city just as much we do.